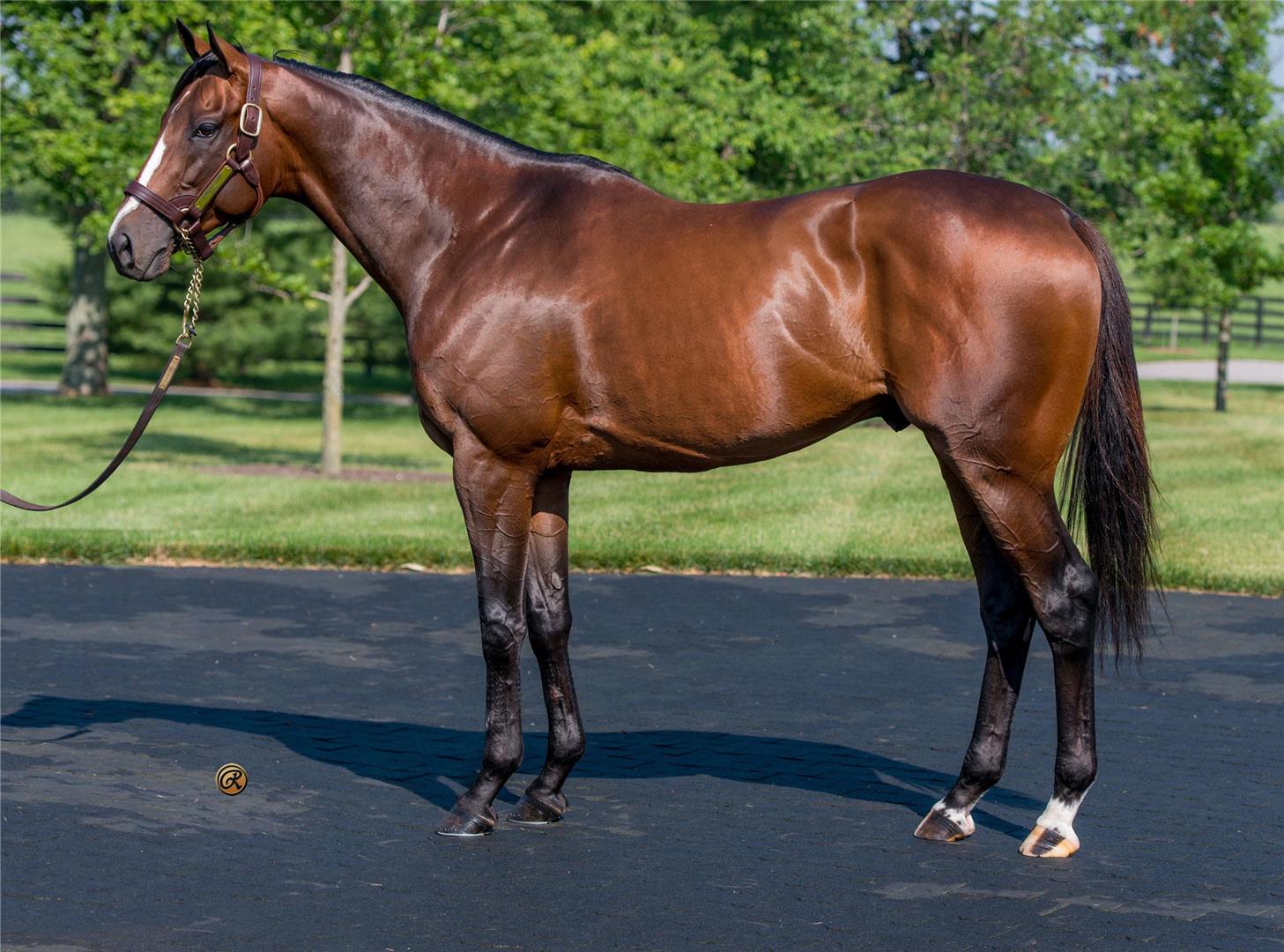 Constitution, the nation’s leading Fourth-Crop sire with 12 stakes winners and 30 stakes horses in 2022, will have two chances for Breeders’ Cup wins with Webslinger in Friday’s Juvenile Turf (G1) and Law Professor in the Dirt Mile (G1) on Saturday.

Webslinger, owned by D J Stable LLC, drew post 10 in the full field of 14 in the one-mile Juvenile Turf. Trained by Mark Casse, Webslinger won Nownownow S. at the same one-mile distance, at Monmouth Park in his most recent start. After finishing fourth in his main track debut, Webslinger was a close second in a turf maiden race at Saratoga before getting his first win in the Nownownow.

Two-year-old Webslinger was bred by Ken and Sarah Ramsey.

The dark bay is proven at the one-mile distance, winning the Santa Anita Mathis Mile (G2) last December on the main track, then had the versatility to win the FanDuel Tapit S. at a mile on the Kentucky Downs turf course in September.

Law Professor will be ridden by Jose Ortiz, who was aboard for the Mathis, on Saturday. The Dirt Mile is race 5 at 1:10 p.m. ET, with Law Professor in post 4 in the field of 11.