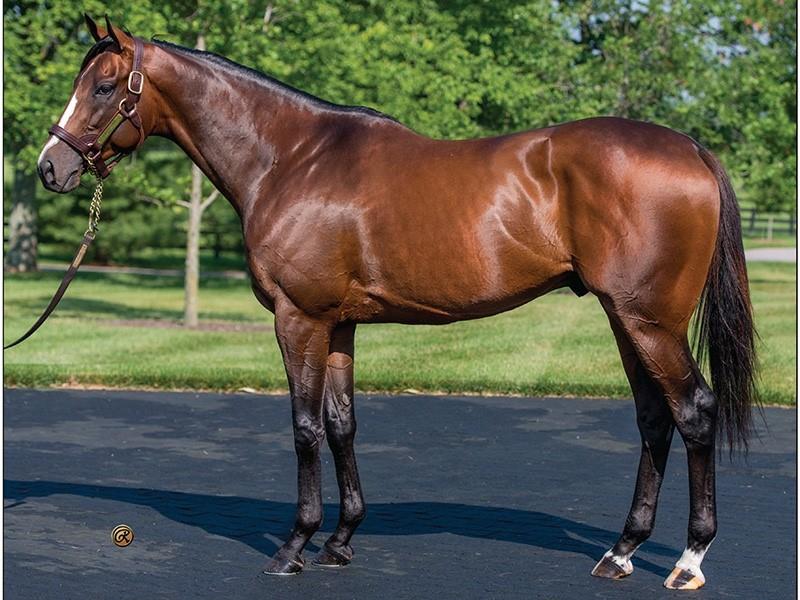 Law Professor kicked off his 2023 campaign with a stellar performance in the $150,000 Queens County S. at Aqueduct, rolling to a 7 ½-length victory in the 1 1/8-mile contest.

The 5-year-old son of Constitution now has three career stakes wins, including the Santa Anita Mathis Mile (G2) in late 2021.

Constitution, who was the leading Fourth-Crop sire of 2022 by both black type winners and black type horses, has a pair of stakes winners in the first week of this year.

Sent off as the favorite in Saturday’s 10-horse field, Law Professor hustled up into third as he went three-wide around the first turn. He tracked the pacesetters down the backstretch and into the final bend, all the while making up ground to come even with the leaders three furlongs from the finish. After a shake of the reins by Manny Franco, Law Professor sprinted clear of the field and was eased up in the final furlong to win as much the best.

“It’s never over until it’s over but the way everything unfolded, it was a very professional victory,” said winning trainer Rob Atras. “I wouldn’t say we were expecting it, but the way he had been training, we were looking for this effort. I’m very glad we got it.”

Law Professor earned a career-best Beyer Speed Figure of 98 for the effort.