Country Grammer much the best in G2 San Antonio Stakes 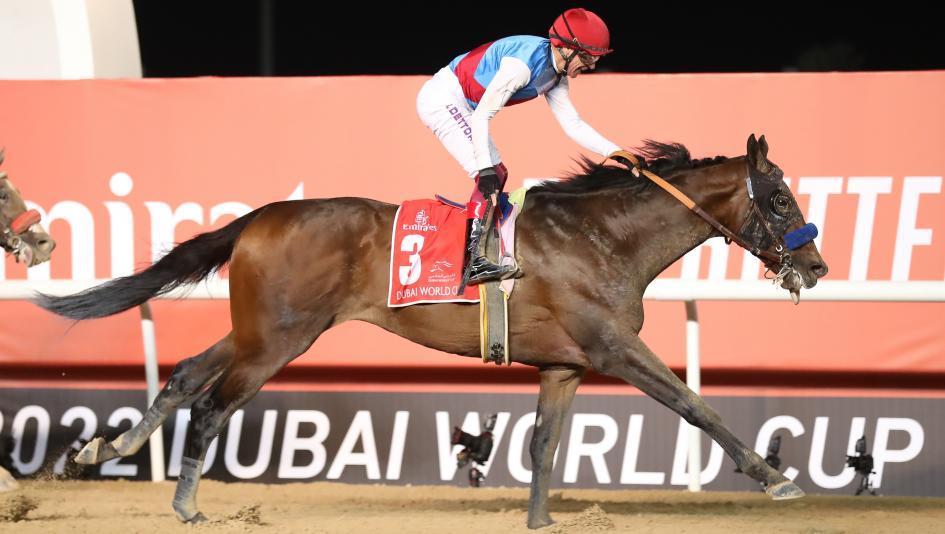 Ridden by Frankie Dettori, Country Grammer defeated Stilleto Boy by 4 ½ lengths in the rousing win. Owned by Commonwealth Thoroughbreds, WinStar Farm, and Zedan Racing Stables, Country Grammer now owns a record of 14-5-5-1, and the $120,000 winner’s share of the purse increased his lifetime earnings to $11,277,320.

“This horse is the neatest, coolest horse,” Baffert told FanDuel TV. “He has really brought us up when we were really down. He has come through, he’s a clutch horse. That little freshening really helped him, and he’s been doing so great. He likes a deep track.”

A $110,000 purchase by WinStar from the Lane’s End consignment at the 2021 Keeneland January Sale, Country Grammer sold previously at the OBS Spring Sale in 2019 for $450,000. Bred in Kentucky by Scott and Debbie Pierce, Country Grammer is by Tonalist out of the Forestry mare Arabian Song and hails from the Juddmonte family of Grade 1 winners Obligatory and Etoile Montante, as well as Graded winners Starformer and Bonny South.