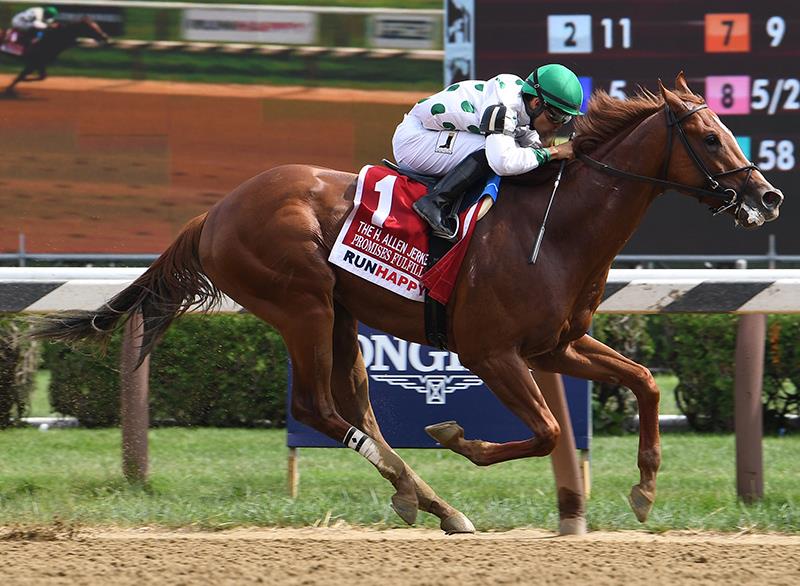 Robert J. Baron and WinStar Farm’s Grade 1-winning millionaire Promises Fulfilled has been retired from racing and will enter stud at WinStar for the 2021 breeding season, the farm announced today. His fee has been set at $10,000 S&N.

“When we look for stallion prospects, we want brilliance,” said Elliott Walden, WinStar’s president, CEO, and racing manager. “Promises Fulfilled not only meets that criteria but brings the added benefit of durability, a rare trait for horses with his speed. When you look at his past performances, you see him in front in 15-of-17 starts, no matter the distance. You see him running at least :44 and change six different times in Graded stakes and he competed in 15 Graded stakes, including eight Grade 1s. We are excited to offer our full support to him and include him in our “Dream Big Lifetime Breeding Right Program.”

At three, Promises Fulfilled stamped himself as a leading sophomore right out of the gate with an emphatic wire-to-wire win in Gulfstream Park’s $400,000 Fountain of Youth S. in his seasonal debut, defeating 2-Year-Old Champion and Breeders’ Cup Juvenile (G1) winner Good Magic and earning himself a berth in the Kentucky Derby (G1).

Over the summer, he asserted himself as a premier sprinter, running his rivals off their feet in the 6 ½-furlong Amsterdam S. at Saratoga. He got six furlongs in 1:08 2/5 en route to a dominating 3 ¼-length win in a final time of 1:15, earning a 107 Beyer Speed Figure. He returned a month later to annex the prestigious H. Allen Jerkens, where he once again proved uncatchable, winning the $500,000 seven-furlong event gate to wire in 1:21 2/5, leaving in his wake Grade 1 winner Firenze Fire. Promises Fulfilled made it three consecutive Graded triumphs with a determined victory in the Phoenix S. at Keeneland, beating older Grade 1 winner Whitmore.

At four in 2019 in yet another authoritative performance, Promises Fulfilled rolled to a 4 ½-length win in the John A. Nerud S. at Belmont Park, recording a career-best 108 Beyer. All told, the handsome chestnut retires with seven wins and three placings from 17 starts and earnings of $1,455,530.

“Promises Fulfilled ranks right up there with the best horses I’ve trained,” said Dale Romans. “He’s a lot like his sire in the mental toughness department and he is an extremely intelligent horse. He won major races on all the main stages—Gulfstream, Keeneland, Saratoga, and Belmont.”

Bred in Kentucky by David Jacobs, Promises Fulfilled hails from the Storm Cat line, being a son of Shackleford, winner of the Preakness S. (G1), Clark H. (G1), and Metropolitan H. (G1) during his accomplished racing career. Promises Fulfilled is produced from the multiple Graded stakes-placed Marquetry mare Marquee Delivery and is a half-brother to multiple stakes winner and Graded stakes-placed Marquee Miss. 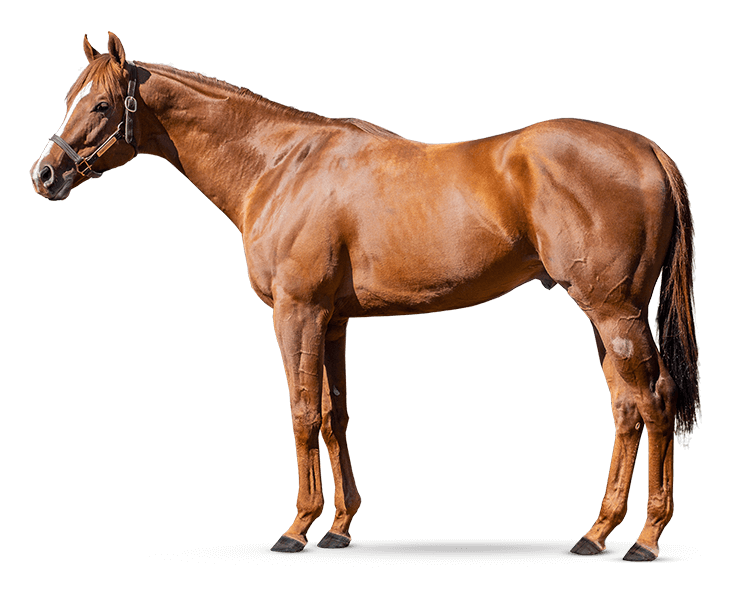