Yoshida, a Grade 1 winner on dirt and turf, retires to WinStar Farm

Yoshida (JPN), a Grade 1 winner on dirt and turf, has been retired and will stand the upcoming breeding season at WinStar Farm. He will stand for $20,000 S&N.

Owned by WinStar Farm, China Horse Club, and Head of Plains Partners and trained by Bill Mott, Yoshida earned $2,505,770 in a sensational racing career.  A versatile four-time stakes winner on dirt and turf, and hailing from the influential Halo line, Yoshida competed on three different continents and recorded five triple-digit Beyers over both surfaces—108, 106, 105, 103, and 102.

“We are excited about his next chapter,” said Elliott Walden, president, CEO, and racing manager of WinStar Farm. “He’s a horse who competed with the best of the best on both surfaces. He ran against Bricks and Mortar four times and beat him twice. When Tom Ryan and I bought him as a yearling, we envisioned him retiring to WinStar and bringing back the hallowed blood of Sunday Silence. He was Grade 1 class on both surfaces, and not many horses are able to do that.”

Yoshida registered his biggest victories as a 4-year-old in 2018, capturing both the Woodward S. (G1) on dirt at Saratoga and the Turf Classic S. (G1) at Churchill Downs. He won the Woodward with an impressive fast-closing score over a deep and competitive field in his first start on dirt, earning a 102 Beyer speed figure, and ran a 106 Beyer in winning the Turf Classic in decisive fashion.

Named a TDN Rising Star in his stylish maiden-breaking win at Keeneland in his 3-year-old bow, Yoshida traveled to Royal Ascot in 2018, where he was beaten just 1 ¼ lengths in a field of 15 in the prestigious Queen Anne S. (G1) and he also contested this year’s Dubai World Cup (G1) at Meydan.

Bred in Japan by Katsumi Yoshida’s Northern Farm, Yoshida is by Heart’s Cry (JPN), one of the leading sires in Japan and a son of influential stallion and dual Classic winner Sunday Silence, the greatest sire in Japanese history. Heart’s Cry is the sire of nine Grade 1 winners, two champions, and the winners of 57 Graded stakes races worldwide with nearly $240 million in progeny earnings.

Yoshida is the second foal produced from Hilda’s Passion, who captured the 2011 Ballerina S. (G1) at Saratoga before selling for $1.2 million at that year’s Fasig-Tipton November sale. A three-quarters brother to Sanctuaire (by Deep Impact), a debut 2-year-old winner in August, Yoshida was purchased as a yearling for 94 million yen (about $850,000 U.S.) at the 2015 JRHA Select Sale in Japan.

“Yoshida proved to be a versatile racehorse, winning prestigious Grade 1 races on dirt and turf,” said Sean Tugel, director of bloodstock services and assistant racing manager at WinStar. “He is out of a very fast Grade 1-winning mare and brings back the Sunday Silence/Halo blood to America through his sire Heart’s Cry. He is an outstanding physical that possesses heart as a racehorse that everyone is looking to breed into their foals.” 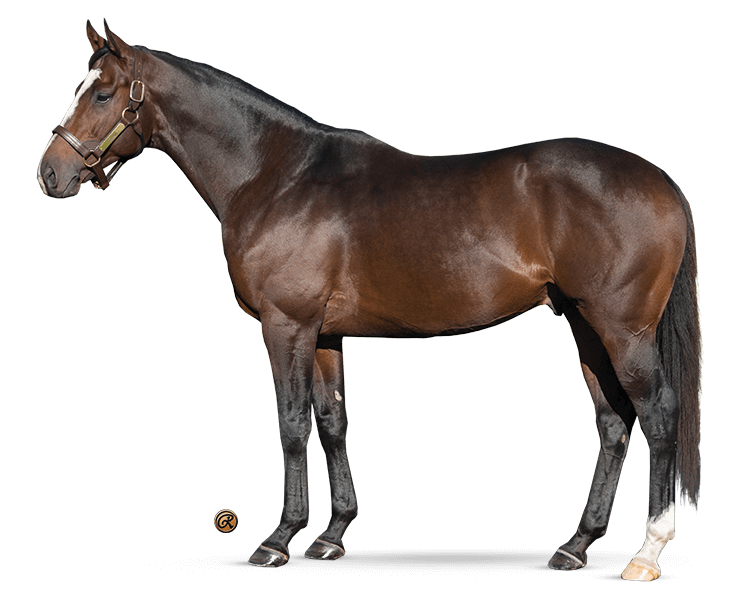