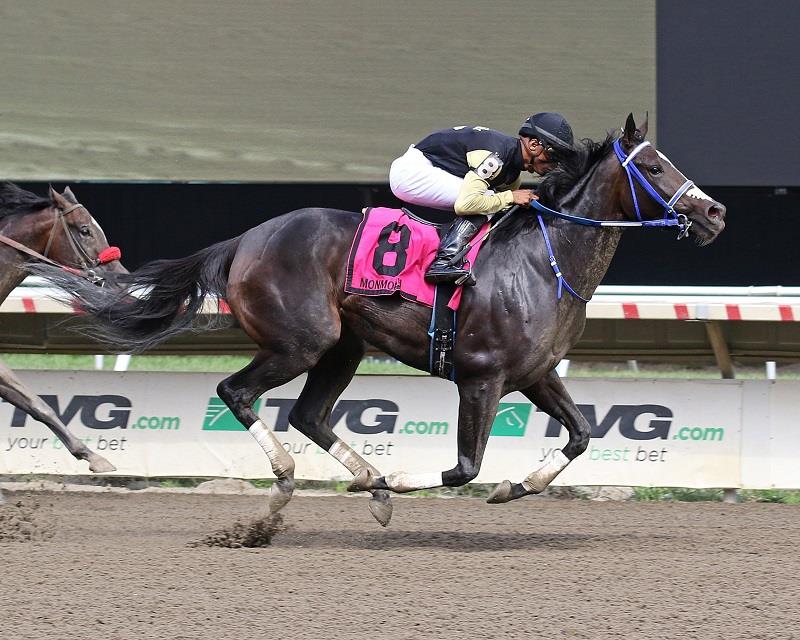 I Can Run gave Tourist his second stakes winner in the past six days on Sunday when the 3-year-old filly captured the $100,000 Eleven North H. at Monmouth Park.

I Can Run was making her stakes debut in the six-furlong Eleven North. Breaking from post 7 she was three-wide while several lengths off the pace through the first quarter-mile. She began to make up ground around the turn and was four-wide coming into the stretch. The dark bay had about three lengths to make up after turning for home, and she did it with a nice kick in the final sixteenth, ultimately winning by 1 ¾-lengths in 1:10.38 on a fast track.

Owned by Robert Bone and Magic Stable, LLC, I Can Run is now 3-3-0 in 12 outings and has earned $187,230. She was bred by Bright View Farm. Out of Hana J, I Can Run is a half-sister to multiple stakes winner Exit Stage Left and stakes winner Silent Appeal.

Tourist, a son of Horse of the Year and champion sire Tiznow, started off his week on Monday when Carpenter’s Call set a track record in winning the $100,000 Peach Street S. at Presque Isle Downs. Tourist stood the 2022 season at WinStar Farm for $5,000 S&N.